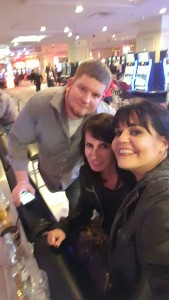 Tommy , amber, Lee and myself are in vegas for a marketing seminar . Tommy was way up at the craps table when I left . Fun time

Ok maybe I need lasik. God damn it Tommy , I am up $100.” Well that was at black jack . Then Tommy and I moved to craps . I plummeted quickly . Tommy sky rocketed . Is this business ? Yes ! We went to a marketing meeting .

Coyote truck headed to San Diego . Dinesti is driving it here with her son . That truck is a big truck and it’s hard to drive . Long trip for her from Atlanta to San Diego . ” universe get her here safely”! 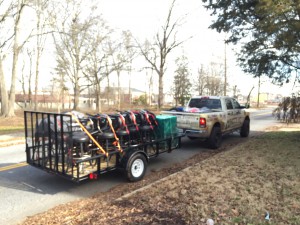 This news report reminds us of how grateful we should be. Thank you universe for all that I have. http://www.cnn.com/videos/living/2016/01/24/teen-awakes-with-new-heart-orig-vstan-dlewis.cnn/video/playlists/medical-miracles/ 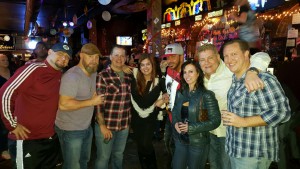 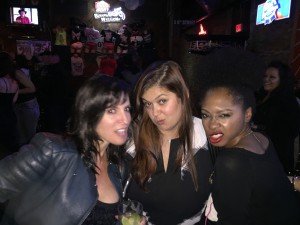 Fun fun time at the Austin anniversary . 90s hip hop theme night . I woke up singing Gin and Juice. . Tommy actually had a fountain of Gin and Juice at the party . It wasn’t bad!

” Justin you maxed out the Amex . Perhaps don’t book all your travel and trade show booths on the same day.” Fun to see the new guy squirm .  Super fun night . 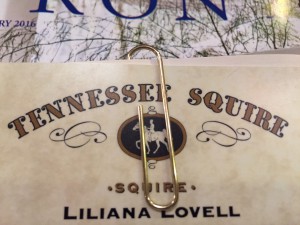 I am officially a Jack Daniel’s Squire. Hot damn . Thank you Lola for nominating me . I don’t care how cheesy , I am going to go to the Jack Distillery for a coon hunt. No I am not shooting anything . But I am dressing up like they did 100 years ago for a coon hunt and sipping Jack Daniel’s with the other squires!

Yesterday was a good day . Bars doing well , I became a squire, and Jackson is just kicking ass and taking names at school . We watched the gluten free episode of Southpark last night . Of course afterwards I quoted Stan one of the characters ” dude after the science and technology convention you are going to be dripping bitches .” Perhaps not the parenting of Mrs Beaver but it works for us!

I keep getting email messages . ” congrats on your work anniversary “. For the life of me I can not think of a work anniversary on this date . If there is one specific date I am guessing January 27th when I opened the NYC bar. But honestly in my mind the work started in mid November 1992 when I signed the lease for the NYC space . Oh well . Thank you everyone for the well wishes . Bars did phenomenal on Sunday ! Heading to Austin tomorrow

pics of Our Key West Shark. He got a new home . They seem to love him 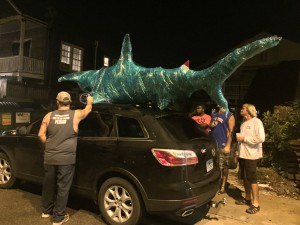 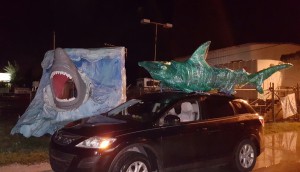 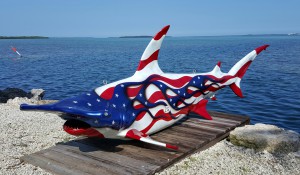 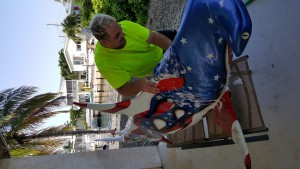 Damn Straight I bought a couple Powerball tickets ! Yes I will give a ton away for charity but my second purchase would be a private plane. All the delays , layovers, time I spend getting from one place to another . I am heading to Key West tomorrow and it will take me all day . It would be so great ” hey get the plane ready”! Busy busy busy. I did an interview for Fox business today . I think it went well . Next week Austin and meeting with some folks from Montreal .

Signed Wales yesterday . Super excited to go there in the next few months . I had Jeremy make  t shirts that read Wales underneath the Coyote Ugly logo. I gave Steve , our new licensee,  the t shirts as a present . He was so excited he posted a picture on Facebook of the t shirts . These were the messages ” dude you spelled Coyote wrong “. I was going to kill Jeremy . How fucking embarrassing . 9 years making our shirts . WTF? How on god’s green earth do you spell our name wrong ? And I am the dumbass who didn’t even check . Another story for my memoirs

Finally a day without HR calling me! I know,  don’t jinx it. Trying to get all these trips organized. Pushing back the NYC anniversary till March because we are auctioning a Harley for charity. Jeremy our t-shirt guy did me a favor. He put together a new shirt with a one day turn around. I had a phrase trademarked and we will unveil it soon on some t shirts. Boom! Big next few weeks. Meeting with potential Licensees from all over the world. Cool. I am ready for a big 2016

” Lil I know it’s early but I need to talk to you.” I heard this from Chantel both yesterday and today about HR issues. When does the madness end. I think I had to speak with Daniel twice today. Daniel and I  just answer the phone with a ” It’s an incredible day. Best day of my life. And You? ”

On a good note. the company crushed all other years on NYE gross sales nation wide. BOOM! I told everybody my sabbatical is officially over. Back to work. We have some bars to open. Lee will blame me and I will blame him but between the two of us we fucked up the 2016 calendar so we are releasing a best of calendar for 2016.

A lot of irons in the fire this year. Good . It keeps me on my toes

Wow! Most of the bars beat last year’s NYE numbers . Nashville trounced everyone and San Diego did ten grand better then my expectation ! Bam bam bam ! Woke up thinking ” this is my year 2016! ” so so pleased . A shout out to Tommy for keeping me in the loop with bar numbers since my app was not working .

Heading to the SD bar to have a beer with Mac this morning . Nothing better then  going for a run then drinking a beer! My kid is 16. He had more party opportunities then I did . Too many years in the bar business . I have no big need for a Party on NYE, peace on earth and good will toward men . My hope