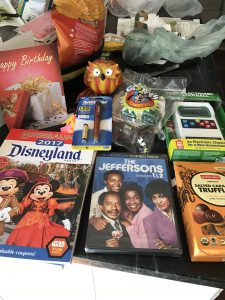 Yes it’s my birthday .  Holding onto  my 40s by the skin of my teeth .  I would like to give a gratitude to my friend Jill. My mother always sent me small crazy presents . Stuff near the registers at rite aide.  Or stuff hinting at some flaw she perceived like a thigh master . Or blush with a note ” you need to wear more makeup “. Since my mother has passed away Jill realized that I actually missed my mother’: craziness . So thank you Jill for keeping crazy alive on my birthday !

” Doctor I need a hard copy of my blood work.” Why? ” My ex-husband have a annual bet on who is healthier. This should seal this year. ” I always win. He tries so hard. He exercises , he eats super healthy, he doesn’t drink. Too bad I was just born with superior functionality.

A lot going on at work. Trying to corporatize things a bit more.

98 degrees in San Diego. Miserable today. The various bars doing charity work. Nashville did a project for Habitat for Humanity this weekend. Good Job. Denver with the Race for the cure. Really great. 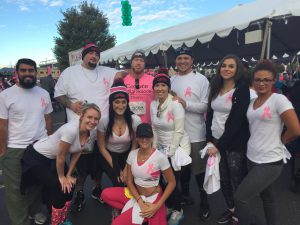 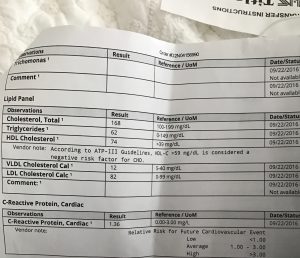 “What? A woman called the police because we would not let her seeing eye dog on the bar?” Fucking crazies. Of course Jeff sent me an email. ” This will be in my book along with all the other crazy things. ”

San Antonio had a great night!! I love that on a Wednesday. Trying to get myself back on a schedule. Wales got pushed back yet again. Wales may not even open in 2016. Let’s see. Right now we have Tokyo slated for a soft opening December 1 and grand opening on the 7th. And Fort worth December 28th .

It will be very tricky if Wales opens in December as well.

” Excuse me but will frequent horsemeat meals and chocolate effect my blood work? I have blood work tomorrow and a physical next week. ” Doctor why don’t I have any energy? There must be something wrong with me.” ” There doesn’t seem to be anything wrong with you. Maybe you don’t sleep and have too much stress?”

Ok well that will be next week’s conversation.

Paula, GM from NY made a contact for a coyote ugly snap chat filter. Awesome. Good job. Daniel and Victoria are  just getting home from Kyrgyzstan. Oniki, Dahlas, Dani, and Ricardo will get back in 1 week. ( Ricardo missed his flight. Daniel was beside himself pissed.). So nice to see all the bars doing well. Bishkek is kicking butt since we opened . Nice to know. If they make some design changes in back bar and be strict with our training they will make a lot more money!

This happened at the Nashville bar last night . From Lola :

Thank God Big Michael Coleman was the one to walk me to my car after work at Coyote today! We were chatting at me car and all of a sudden some guy pulls out a police batton on another guy who pulls a gun on him! He shoved me in my car, told me to get down and called the police. He stayed right there and kept me safe. I have no words for how greatful I am to him and that no one got hurt. Both people were caught. Apparently one guy felt the other got him fired and was going to retaliate. They both were caught almost immediately due to Big Mike’s quick thinking and attention to detail!

An article came out in Franchise Times about Coyote Ugly. Justin described me as ” Crazy Fun but Humble “.i like that !

Wait what ? I am going to be on a serious business program in Bishkek but at the end I have to do a comedy skit? As they say in the south ” I was sweating like a whore in church . Yesterday was a long day . I did 7 various press events . They hired makeup and hair for me .

On first plane ! 24 hours to get to Kyrgyzstan .

I packed  everything for the week in a carry on bag . My lay overs are too short I did not trust that my bag would make it on the other legs .

I am channeling Bill Murray’s character from Caddy shack . My across the street neighbors have 4 cars . They park at least 2 of their cars in front of my house leaving me with with finding alternative parking . By the way , they have a garage which they never use . Yesterday  I Snapped ! I waited till they left and the spot directly in front of their house was vacant . I parked my car there . Right smack in front . I told my other neighbors if they don’t move their cars from in front of my house then my car will sit there the whole time I am in Kyrgyzstan ! Mano a Mano .

24 hour trip starting tomorrow to Kyrgyzstan . Bam . And as god as my witness, or Allah, or Jehovah or the universe , I will fit all my clothes into a carry on bag !

$300 worth of makeup . I am doing a lot of press events in the next few months so I decided to up my normal CVS brand of makeup . So of course I went out yesterday and bought fancy makeup that I do not know how to put on . But the universe answered my prayers  ” Liliana can we set up Hair and Makeup for your press conference in Bishkek. ” Thank you oh Devine universe.  I had to call Dre twice to give me instructions on the spray on foundation . ” wait moisturizer first ? Sunblock last ? Water on what sponge ?”

I got a text from Dahlas this morning . ” ma’am I haven’t finished learning devil on the fiddle ” ugh 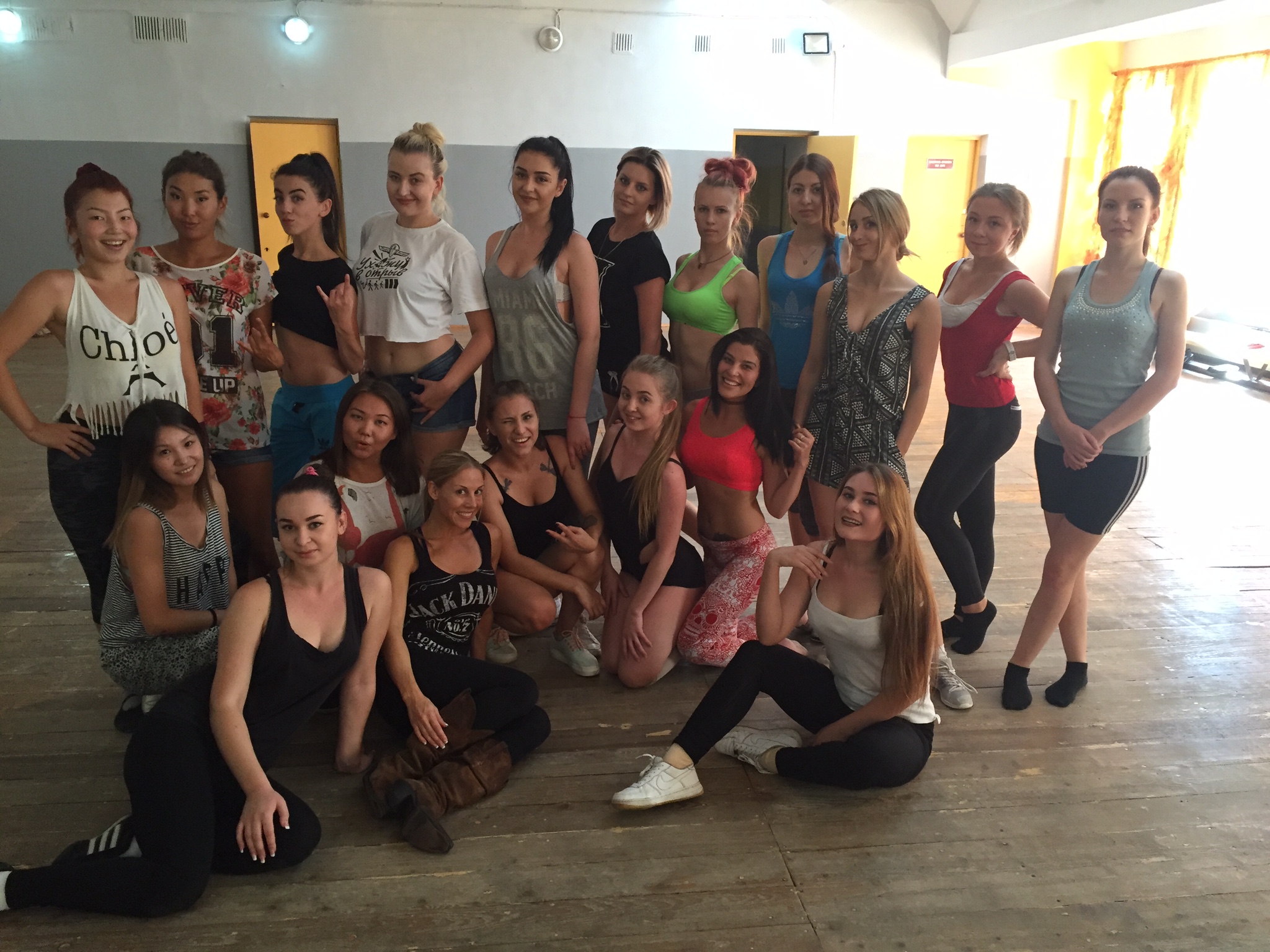 Thanks Victoria ! And Daniel of course. They have been to clubs, hookah, today they saw Futball.

I have been swamped with emails the last few weeks. CALGON take me away.  Went out with Pinky ( regional from Denver) . Guinness and Irish Whiskey. I hated him the next day. But we had fun.  By the way Austin way to go !!

Kyrgyzstan staff getting chosen tonight!!! Can’t wait to get the pictures. This will be Victoria’s first girl search as dance instructor. Go get em!!!

I leave in a week. Less then 2 weeks before Bishkek opens. I am very very excited. My friend Leslie actually purchased a ticket to meet me there. Fun

I am still laughing at this anti gay thing. So it got me thinking; What women would I sleep with?  I would sleep with 1. Gina Gershon ( super hot in that movie with Jennifer Tilly 2. Emilia Clarke from Game of Thrones . (But she has to be in character). 3  Kate Winslet.

Can not be flat chested. I would prefer real breasts to fake. I already have fake and see them daily. And I want a little meat on the bones.  The Butt has to jiggle.

I can’t help but keep laughing . This woman got kicked out of Memphis bar for being unruly .  She decided to call the press and claim that Coyote Ugly is anti gay . I am literally hysterical laughing thinking , half the bartenders were probably gay that were working that night . In my twenties I was gay for one night . Lol ” instead of blaming your behavior on us why not say ” I am sorry, I wasn’t being cognizant about the rules of the bar . ” That’s it . No big deal . But no , now we will have to deal with this ridiculousness .