We have gone 4000 miles. Last night we were all sitting around in Rock Springs Wyoming and we got the map for the next leg. The next leg which is only to the next state over is 1300 miles. We looked up a direct route from Rock Springs to Homer , Alaska and it was 3300 miles. The race thus far has had no direct routes so us along side other riders realized that we may have another 5000 miles left. That’s the moment I had my ” dénouement ” which means the moment a character has his/her major realization. And in that moment I realized I was no longer going to go any further. I love the guys. I want to support them but there was never a feeling of grand accomplishment for me ” driving” the coyote truck to Alaska. This morning after we slept outside on gravel in 40 degree weather I said to the boys ” I am heading to Jackson’s Hole” I will be in a hot tub with drinks tonight. I love you good luck! Kevin is definitely moving forward. He seems fine . He is not phased by the hours, heat, cold or anything. Lee rejoiced when I said I was going to Jackson Hole. He and Kevin had been fighting the last few days because Lee was fine with riding through to Alaska but if we are not real contenders for the prize then we might as well see some pretty spots and sleep in hotels . Kevin wants this to be as hard as possible . Even if he doesn’t win he wants to rough it. Trey is worried about time. We had hoped to be in Alaska no later then Tuesday then have 4 days to relax and explore. If you do the math they won’t arrive until next Friday and treys flight out is Sunday morning. He doesn’t want to spend his whole vacation hurting on the bike just to fly directly home. Plus his butt is killing him. Who knows what theta will do but Jackson Hole here I come! My son gets home next week from camp. I need him and some normalcy right now! 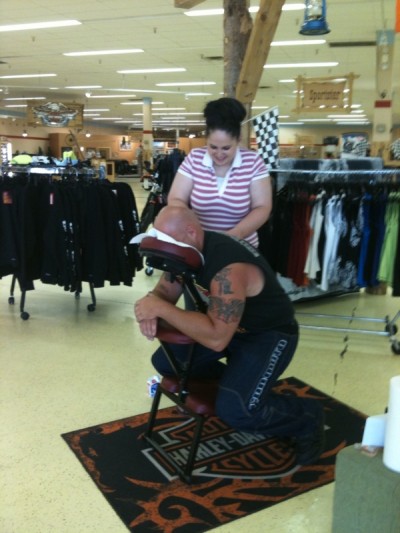 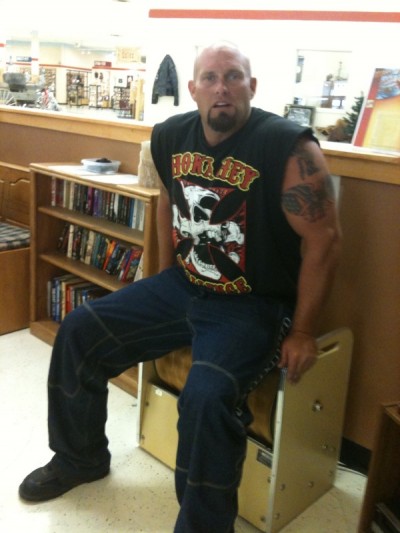 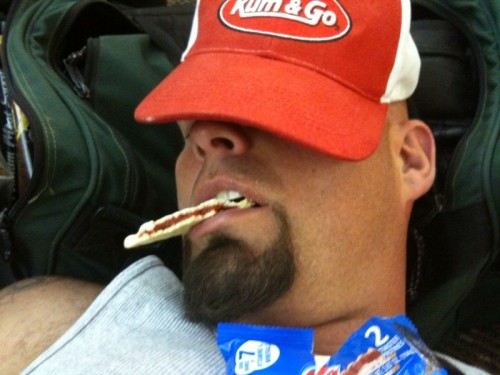 Fast asleep with poptart hanging out