Thank you to those who joined us!

We celebrated Coyote Ugly New York‘s 22 Year Anniversary on Sunday, February 22. Starting with a private party 2-4pm with food and open bar, the event opened to the public at 4pm and continued until closing at 4am!

The feature of the night was “East Side Story,” a medley of legendary musicals to tell the story of Coyote Ugly in tribute to Lil. 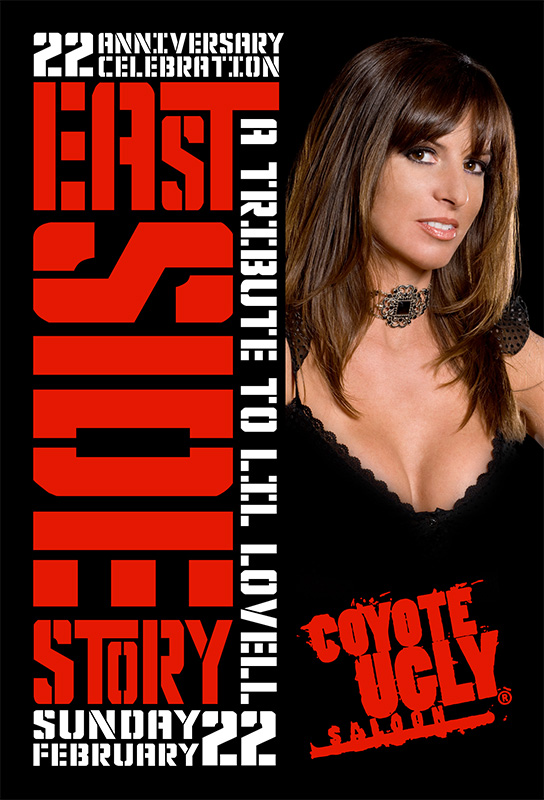