Coyote of the Month

What makes you a good Coyote?

Energy, spontaneity, and the ability to entertain.

How long have you been a bartender?

Through NIU and Disney Cruise Line I experimented with my own personal bartending, luckily I started working at Coyote and became a professional bartender and learned a lot more about liquor, a lot quicker!

What is you favorite Coyote story?

A younger well dressed man came into the bar one happy hour and I asked him where he worked, he said he was 24 and retired. I made a big deal about it and told the other girls and I ended up arm wrestling one of the girls for a date with him. I won the arm wrestling contest, but I told the other girl she could still have him. (24 and retired…yeah right). Well it turns out it was a match made in heaven because its a few months later and now they are getting married! I found out I was right–he might not have a job, but he is definitely not retired!

What do you like to do on your off time?

I love to go to the beach, play guitar, dance and stretch out. 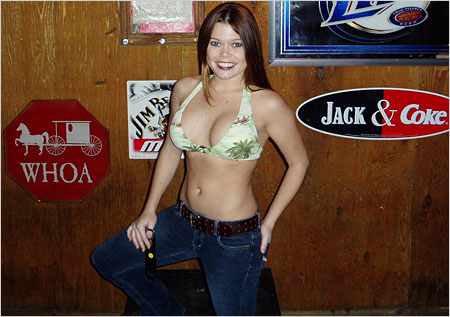